Although the activity of Mozilla Support(SUMO) project were widely spread in the world, there was no Korean activity yet. Surprisingly, a new community was launched during the SUMO 2.4 release and made incredible success in short time.

For 2 weeks after the new SUMO 2.4 release, they did localization of SUMO Korean interface and wrote over 100 localized documents. Especially, it owed 25 students of open source class in Jeju National University. Each students translated several English document into Korean as student projects. 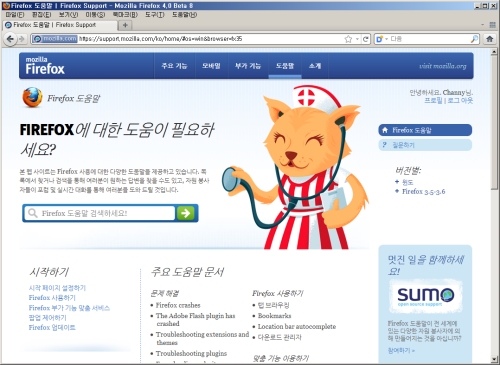 Mr. Channy Yun, a lecturers of class and a leader of Mozilla Korea community reviewed localized documents and made interface translation. It’s the first startup of SUMO Korea and some of students will continually manage this project by local mailinglist.